The competition challenged participants to unleash their creativity for an acre-large plot on Main Street with the goals of revitalizing an underutilized urban space and providing health and wellness for the community.

Stoker looked toward nature for inspiration for his schematic design.

“I wanted to capture the feeling of standing at the edge of the forest looking in,” said Stoker.

He said the forest provides opportunities for emotional and physical wellness and inspires the overall holistic approach to blending areas dedicated to exercise, work, living and retail. The goal was to allow the calming effect of nature seep into an otherwise overstimulated and concrete downtown. 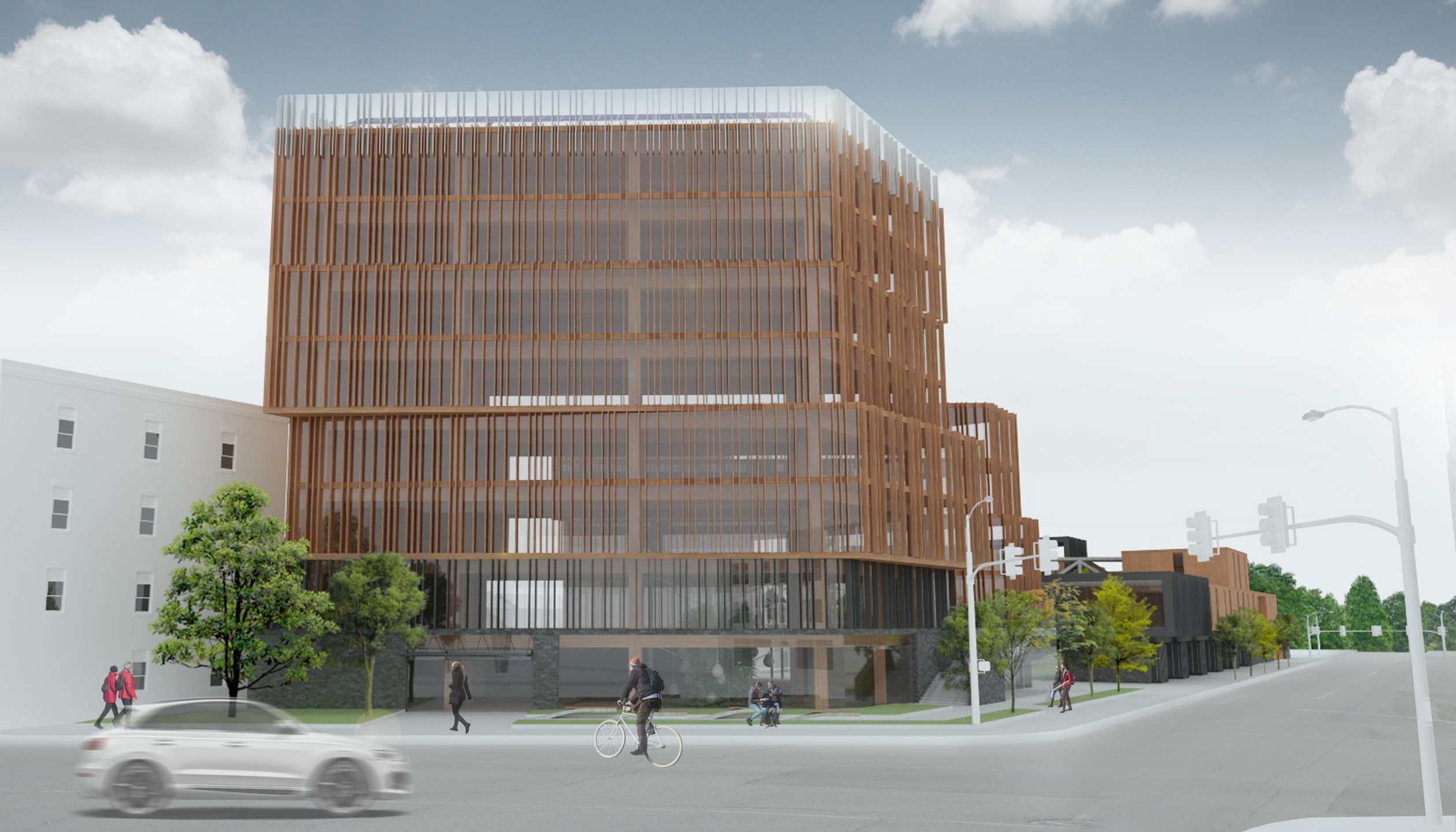 Plus, the creative project allowed Stoker to cater to his mass timber construction bias.

“When you have a structure completely made of wood – a renewable resource – it keeps the warmth and tactile essence of nature alive,” he said.

Nature carries throughout the design, which features solar panels, green roofs, a light well and vertical sun shades, allowing tenants to view outside and inside without stark transitions. 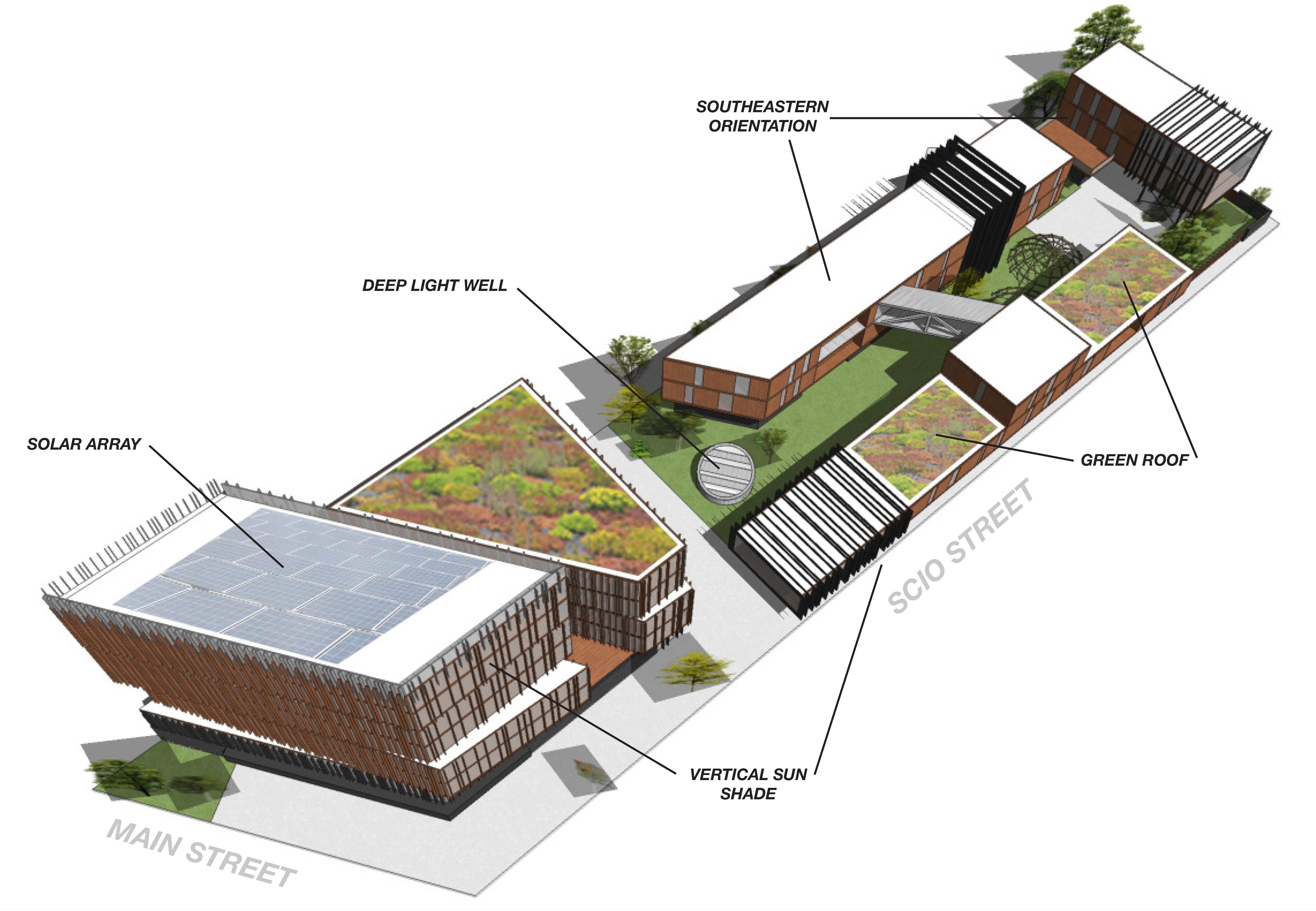 This competition uniquely encouraged participants to think out of the box. Stoker said he enjoyed the opportunity to be creative on a project that didn’t have strict parameters. A design risk, the giant window wall allowed Stoker to daydream when he normally would have to ask himself, “does this choice jive with reality?” 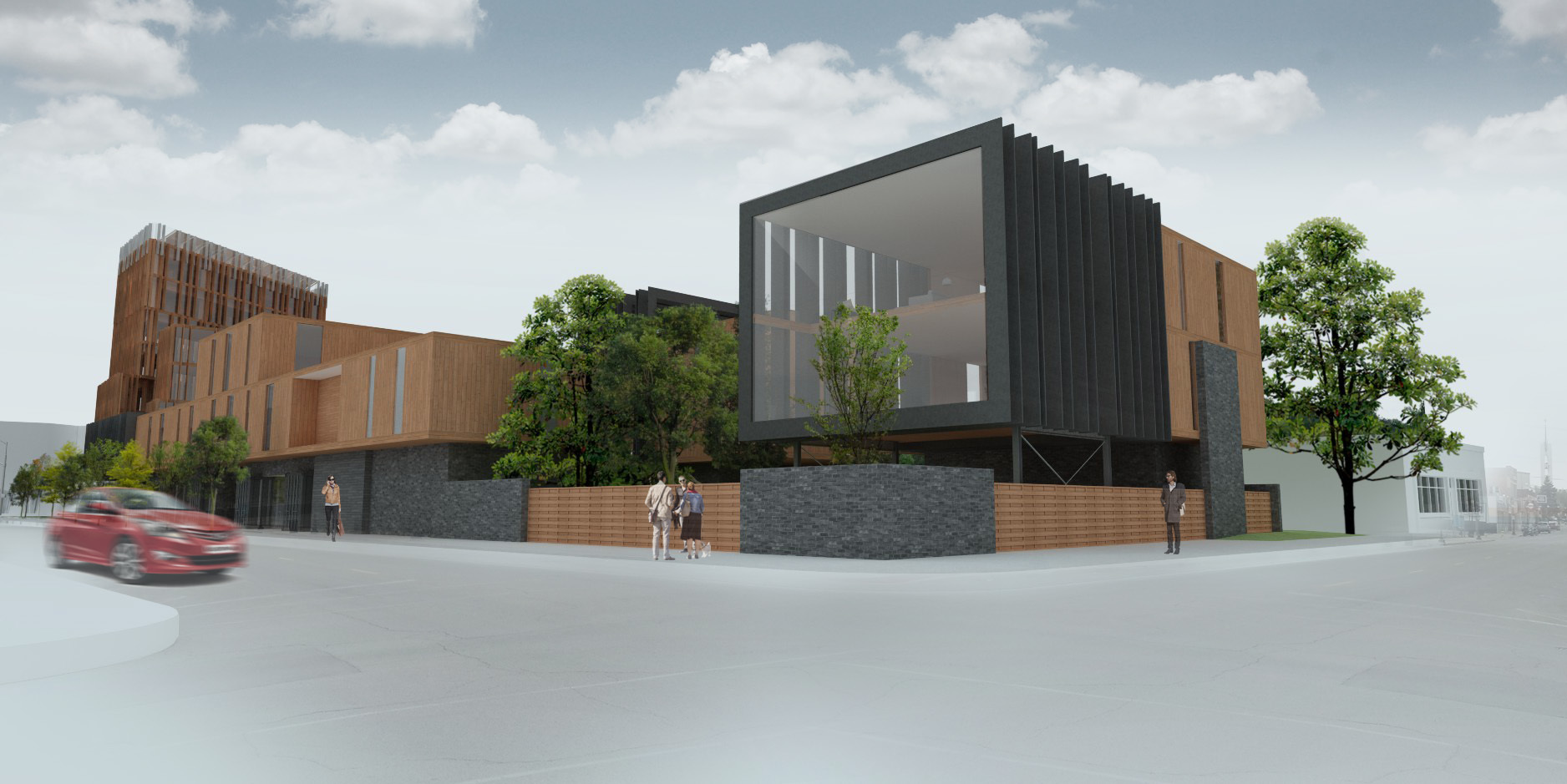 The competition was completely anonymous, ridding judges of any bias and leaving an open-door policy to any contest newcomers. Stoker met design goals outlined by the AIA, but says in turn met his own goals as well.

“I’m still learning about my own visualization and storytelling process,” he said. “I want a viewer to imagine what it would be like to move around and interact with the space.”

Stoker accepted the award at a ceremony on June 16, 2017, where he presented his schematic design publicly. 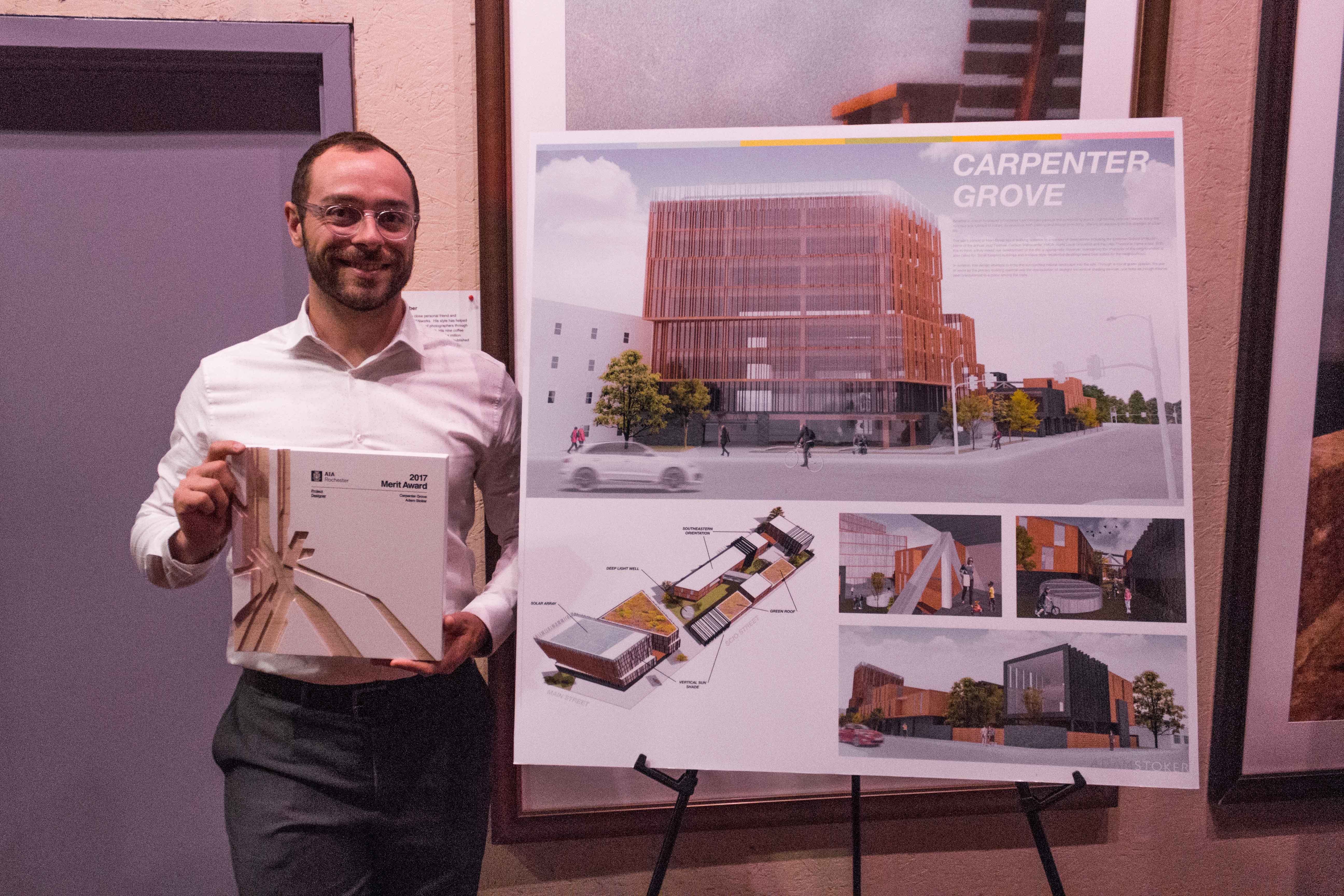