BLOG: In the Spotlight - Dan Helfond

Dan Helfond is an Information Technology extraordinaire, saver of days, extinguisher of business fires, and CPL team member in the Rochester, NY office. Dan Helfond is also a husband, father, video game mogul, and much more. And, in the last year, Helfond is 100 pounds lighter.

The IT specialist has been with CPL since January of 2010 and has spent the last near-decade navigating all things computers.

“My day is almost never boring,” he said. Between 'HelpDesk' calls and tickets; setting up new team members in the system; fixing servers; software licenses; and generally keeping CPL’s electronic tools afloat, no two days are the same.

“My favorite part of my job is when something is broken or not working properly, and I am able to fix it!” he said. “The reward is making someone else’s life a little easier in an otherwise frustrating situation.”

Before CPL, he worked for Corning as an optic technician, where he made prisms. After the dip in the economy, he returned to school to secure an associate’s degree in information technology. Helfond said the switch was natural for him, because he has always been interested in computers and figuring out the latest technology.

“I have always had a knack for finding the right button to click,” he said, adding that he was the go-to guy for his friends and family whenever they had trouble with technology.

Helfond is divided in the Mac verses PC world: He loves the simplicity of his iPhone compared to the clunkiness of an Android, but switches when it comes to computers.

“I like the power a desktop can give you,” he said, adding the speed and efficiency of running both programs and gaming systems influence his preference. Helfond said he enjoys playing Elite Dangerous Horizons, Dungeons and Dragons, and Magic the Gathering. 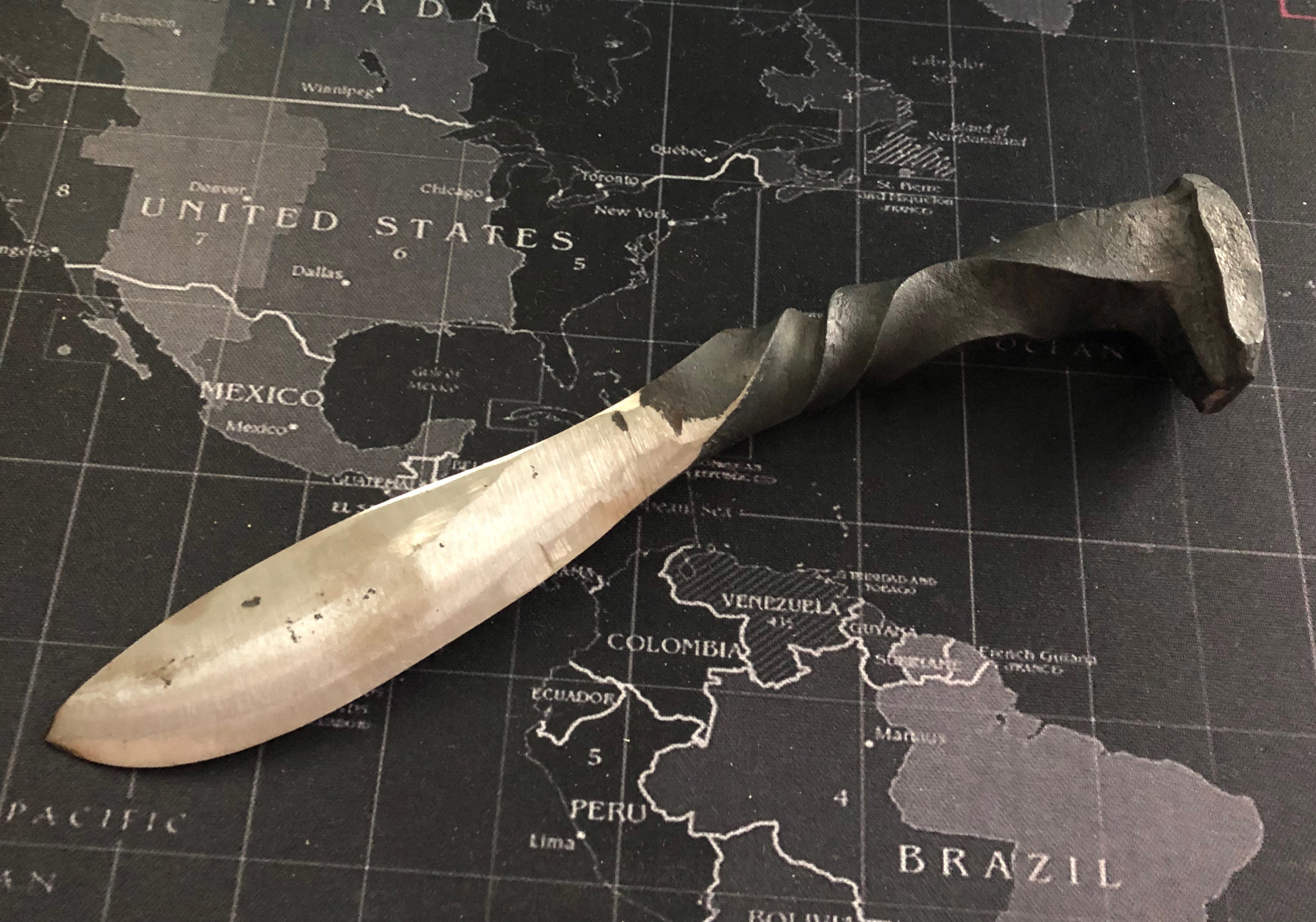 Sometimes, Helfond needs a break from technology, so he adopted a more traditional and historical hobby: metal work. He said he has always been interested in forging, but never got the chance until recently, when he paired up with his cousin, who has his own equipment.

“It’s a great way to relieve stress,” he said, then declaring his first piece—a knife made out of a railroad spike—a bit “ugly”.

When he’s not tinkering between these two hobbies, he’s spending time with his two sons, or taking long drives with his wife for fun.

Helfond has another milestone accomplishment to share: He has lost 100 pounds in the past year. At his heaviest, Helfond’s scale read 370 pounds, but thanks to gastric bypass surgery, patience, a very clean diet, and hard work, he currently weighs in at 263 pounds.

“There is a stigma that gastric bypass surgery is the easy way out,” he said. “But that’s not true at all. It’s a process to heal, relearn how to eat, and pay close attention to what you’re putting in your body.”

It’s not a pretty road, but it is an effective one. Helfond said after years of failed diets, it was time he tried a different approach. Plus, he supported his wife and two sisters-in-law when they had the very same surgery. He saw their successes and found the courage to do it himself.

“If I could just stop eating, I could do it,” he said about overcoming his eating addiction. “But obviously you can’t quit eating like you can quit smoking. ”Helfond quit smoking cold turkey after 13 years with the habit.

Helfond says he’s not shy about sharing his story. “It feels so good to lose this weight, that I want to tell everyone about it!” he said. “I highly recommend the surgery to someone who is overweight and has other health issues.”

Helfond’s goal weight hovers between 200 and 225 pounds—the weight he had before he and his wife had a family. In the meantime, he says he feels like a completely different person. He focuses his allowed calories mostly to protein, then to vegetables, and carbohydrates last. Although he says he misses ice cream, beer, and chocolate, Helfond is able to hold on to the occasional treat.

“I can still have bourbon!” he joked.

Helfond’s most recent body modification is his new tattoo that encompasses his two sons and his wife. This serves as a compliment to his three other tattoos, each with its own meaning relating to each of his family members. 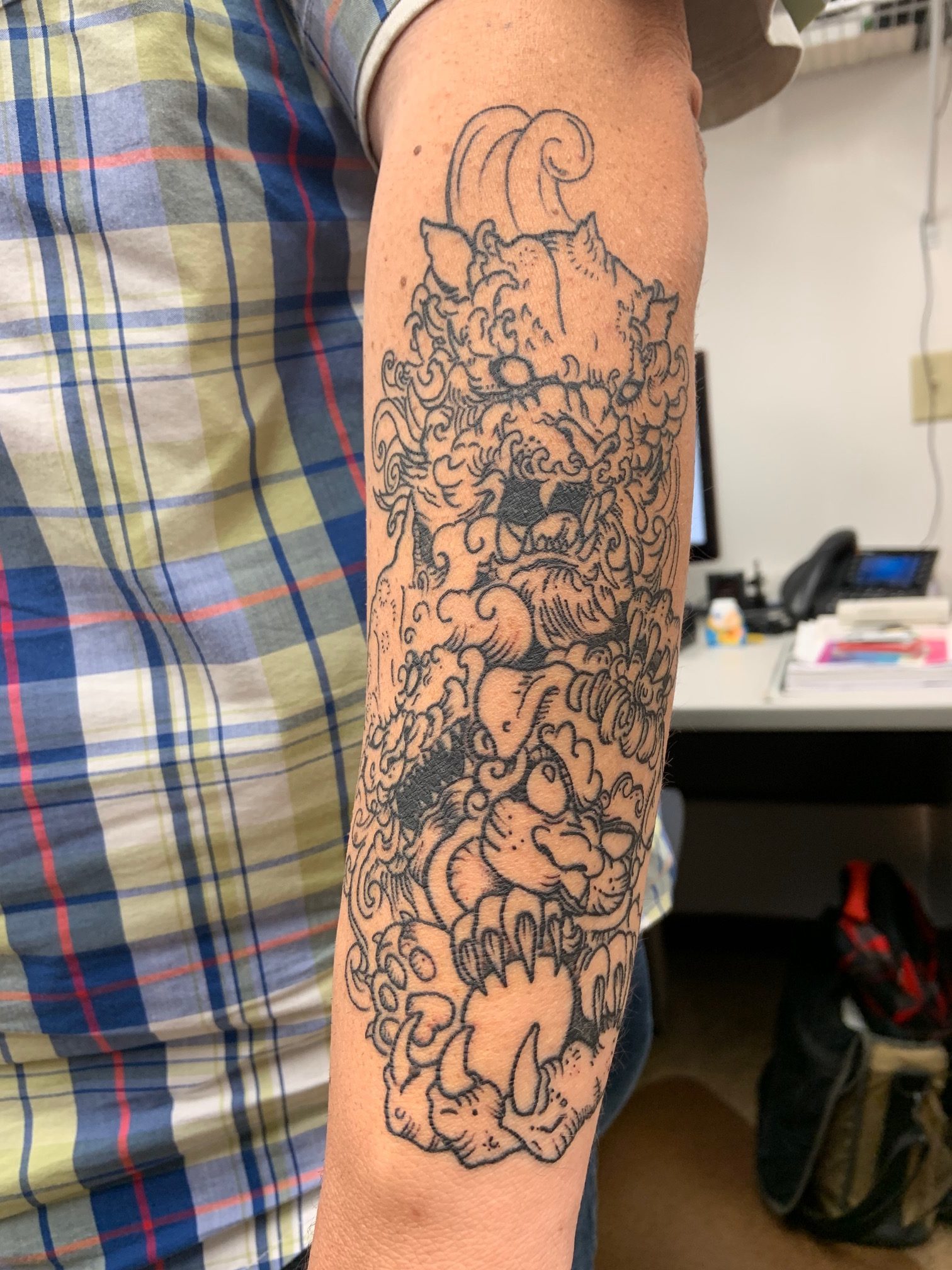 “I have always liked the idea of tattoos; permanent marks you purposefully put on yourself,” he said. “The ink I have is all about family. I have one tattoo for my first-born son, from a gift for my first Father’s Day. I have a gryphon for my son, Griffin. And I have the Hebrew word for ‘love’ for my wife. Then I decided to wrap it up with a single piece to include all of them: a momma Fu Lion and her two cubs. Although, to be honest, it probably won’t be my last! It’s also slightly addicting!”

Ask anyone who has ever had a computer malfunction or a quick conversation with Helfond: We’ll keep him around for another few decades.