For the month of May, team members in all 15 CPL offices across the east coast were encouraged to participate in a program similar to the National Bike Challenge—a nationwide event that unites thousands of new and existing bicyclists across the country in a friendly competition designed to celebrate and encourage biking. While the National Bike Challenge extends through September, the Wellness Committee at CPL decided to concentrate on the month of May.

“The challenge encourages riders of all skill levels to get involved, whether they are picking up cycling for the first time in years to bike for fitness, or they ride 20-30 miles routinely to get to work,” explained Danielle Scesney, AIA, NCARB, Wellness Committee member.

“Beyond just the fitness benefits cycling offers, the challenge builds communities of friends and coworkers, and creates a happier, healthier bike-friendly world,” she said. 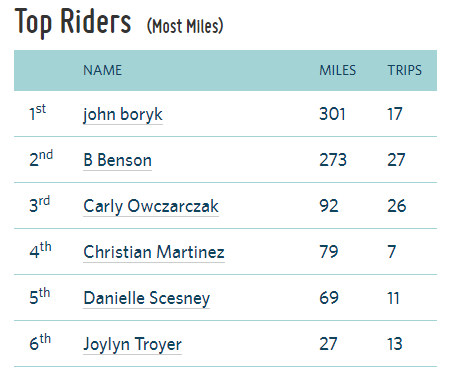 Above data accurate as of Thursday morning, May 30

Blair Benson, architectural team member in CPL’s Rochester office, is an active cyclist in the challenge and in everyday life.

“A huge part of the reason I bike is you can’t get better stress relief,” she said. “If you have a bad day, you can pedal furiously and let out all your frustrations. And, I find that biking to and from work is twice as fast as driving, without the frustration of sitting in traffic, wasting gas, and letting emissions into the environment.”

Benson listed other benefits of cycling as saving money on fuel, staying fit and healthy, and the rallying community of cyclists that wave to each other and cheer each other on, even though they can be complete strangers.

“I wish more people would do it,” she said. “We could develop a biking community at CPL and get more people involved.”

Benson started her journey with biking long distances when she began training for triathlons in her early 20s. She has been competing for eight years and biking to and from work for the same amount of time. 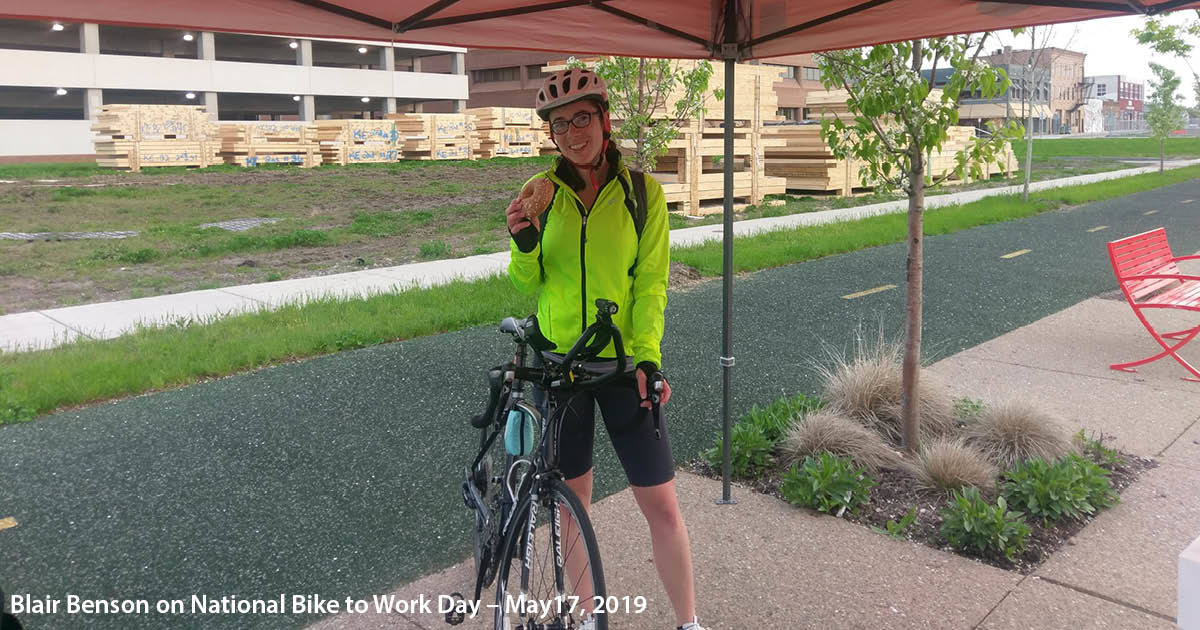 It’s Not Too Late to Start Pedaling

John Boryk, CADD Technician in CPL’s Poughkeepsie office and leader of the challenge, has been biking for a whopping year and a half. Although his cycling legs are new, his heart has been interested for many years thanks to the Pan-Mass challenge—a nationally recognized fundraiser his brother-in-law, Dennis Kirrane, has been participating in for a decade.

“My family and I would go to the opening ceremonies to support Dennis,” he said, “They’re just so moving, and now I’m hooked.” After years of cheering from the sidelines, it was time for Boryk to start pedaling.

“In 2018, I registered in January, bought a road bike in March, and starting training,” he said.

Boryk said the 2-day, nearly 200-mile annual fundraising event pushes him to think about all the people fighting their fight with cancer.

“As hard as it might be, someone’s got it worse than I do,” he said.

Boryk is currently training for his second Pan-Mass challenge. He rides in memory of his late father, Dick Boryk, who passed away from pancreatic cancer in 2007.

“Most importantly, I ride as an example to my children, my family and my friends, that they should always give of themselves to others and for a greater purpose. To Quote HOF QB Jim Kelly, "Make a difference today for someone who is fighting for their tomorrow.”

Boryk jokes that just a couple of years ago, he would ride his mountain bike around with his three kids.Now, he rides between 75 and 100 miles per week. He picks up his miles riding to and from work, taking his road bike out for a 40-50 mile spin on nice days, and pedaling while his 11-year-old daughter is at dance class.

Aside from training for his cause, Boryk said he notices a few other benefits, like saving money on fuel, strengthening his core, and having fewer back pains.

“Overall, I’m feeling better,” he said. “And, I don’t feel as guilty having a couple extra beers!”

Now, Boryk shares his motto with the Pan-Mass Challenge: Commit.You’ll figure it out.

“Once you can ride 2 to 3 hours on a bike, you can do the whole competition,” he said. “At that point, your body knows what to do. It’s not physical stamina.It’s mental.” Click here to learn more about John's story and support his fundraising efforts. 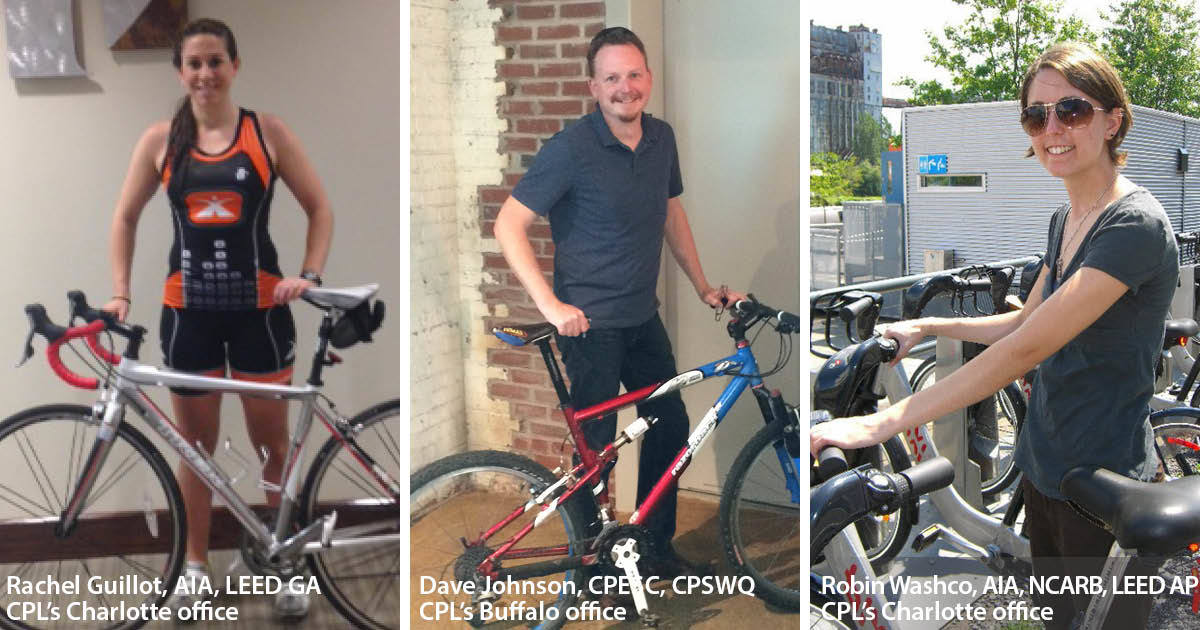 In Case You Need More Reasons to Start

A) Cycling improves mental well-being: cycling combines physical exercise with being outdoors and exploring new places. This can give you the time to process worries and concerns when riding solo or if you ride with a group it can broaden your social circle helping with mood and even depression.

B) Cycling promotes weight loss: Depending on the intensity level you ride at you could be burning 400-1000 calories an hour, with a proper diet you could be losing weight.

C) Better lung health: studies suggest bicyclists are exposed to less fumes and air pollutants than those that travel by car.

D) Cuts Heart Disease and cancer risk: Raising your heart rate and staying within an ideal weight decreases your chance of developing some major illnesses. Cycling to work can cut risks of heart disease or cancer in half.

F) Boosts brain power: cycling improves blood flow during and after the exercise which keeps you healthier.

G) Improve handling and special awareness: Riding a bike doesn’t just raise your heart rate, it also develops skills important to maneuvering your body on and off the bike.

H) Grow your social circle: there are hundreds of clubs and group rides that happen across the country. Cycling is an easy way to meet new people, learn more about cycling and have a team to back you up in your quest to become more confident on a bike

I) Cycling to work or errands cuts your carbon footprint: choosing to ride your bike results in carbon emissions more than 10 times less than if you were to take your car. Credit to Cycling Weekly for this listfor this list.