Beers, engineers and concrete canoes. While these sound like keywords of a rejected National Lampoon script, they’re actually just a few of the seemingly disparate topics swirling around CPL Engineer, Jason Havens, P.E. — topics he ties into bonds between colleagues, students and the entire company.

Back in 2006, Havens became involved with the University at Buffalo’s ASCE Student chapter and eventually took on the role as an adjunct instructor with the school’s engineering department. Over the last 10+ years, he has worked hard to create an unprecedented link between students and professionals, for which he was recently recognized as Mentor of the Year. To top it off, Havens even found time to start a successful brewery that snowballed into a firm-wide collaboration. While he’s in the center of so much, if you ask him, he’ll probably just say that he wanted to help students and really likes beer.

"Beer is the ultimate networking experience," said Havens. "It's something almost everyone can associate with."

When Havens started a beer club in 2009, he met a now CPL colleague, Dave Johnson, through various club activities. The two engineers quickly discovered that they both wanted to explore different flavors and styles, and even educate Bud Light expats about what is possible in the world of beer. Three years later, in May 2015, Rusty Nickel Brewing Co. held its grand opening. Today, the business is about to jump into a fresh round of funding with plans to triple in size. Havens said CPL has been a key component of the brewery’s success. 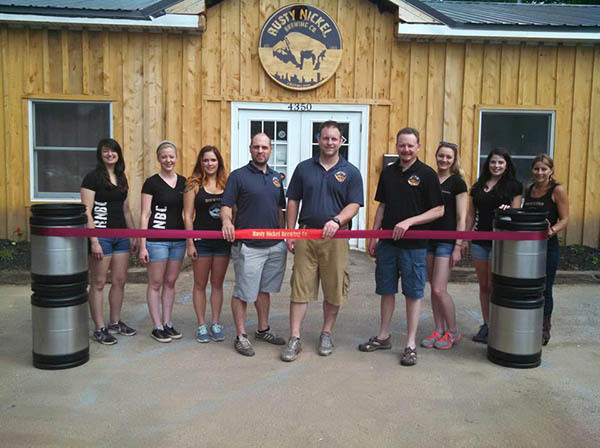 "So many CPL team members helped build Rusty Nickel, supported it financially or recommended design aspects," he said. "Their support was huge." He added that the brewery gave a unique opportunity for many colleagues to collaborate on a single project — not just in the Buffalo, NY office, but across regions.

"There was conceptual and mechanical design input from the Charlotte, NC office, structural support and graphic design assistance from Rochester, NY, site planning, permitting and interior design from Buffalo — this whole sense of pride built up around it."

For Havens, the benefits of being part of such a robust team of architects and engineers extended far beyond many hands making light work. Advice on building and design was a frequent and welcomed asset leading up to Rusty Nickel’s grand opening. One example was when a colleague, Larry Werts, P.E., suggested Havens build the brewery’s cooler and surrounding building as two independent structures with a floating frame instead of building the structure on top of and around the cooler.

"Had it not been for his input, we would have been sitting there spinning our wheels," said Havens. "We took his advice and built everything at half the cost, saving two or three months in the process."

This spirit of collaboration isn’t isolated to Havens' role as a brewery co-owner. His recent honor as Mentor of the Year at UB’s SEAS awards demonstrates his ambition to collaborate with students to make a positive impact on their educational experience. Every year, the University’s ASCE Student chapter gives teams of students the opportunity to design steel bridges and concrete canoes, then compete at the end of the school year. As a former UB student, Havens was part of the steel bridge team and led a concrete canoe team. His experience was less than ideal.

"We had no one to go to," he said. "Faculty was busy with research and development, and I just felt abandoned. I actually wrote a letter to the department the summer after I graduated, vowing that this would never happen again — 'Somehow I'll make sure there's some guidance for the students,' I said."

Havens made good on his vow. In the last decade, he has forged strong and enduring ties between the UB ASCE Student chapter and the ASCE professional Section. Students now have the support they need to not only complete their projects, but to actually develop the project management and networking skills needed to excel in the profession after graduation. 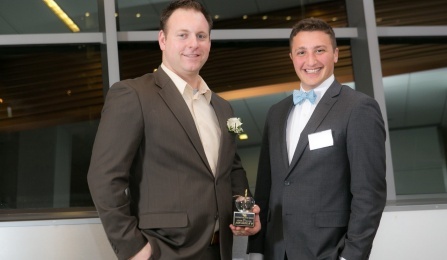 Somehow, between running a booming business and helping inspire the next generation of civil engineers, Havens still has the energy to add incredible value to CPL. It helps that his personal values and the values of the company match up.

"I'm so grateful. Not a lot of firms understand or support these kinds of dreams, but CPL does," he said. "The firm's core values are reflected in these projects and they've helped me grow not just personally, but also as an engineer — to make a unique place here for myself."